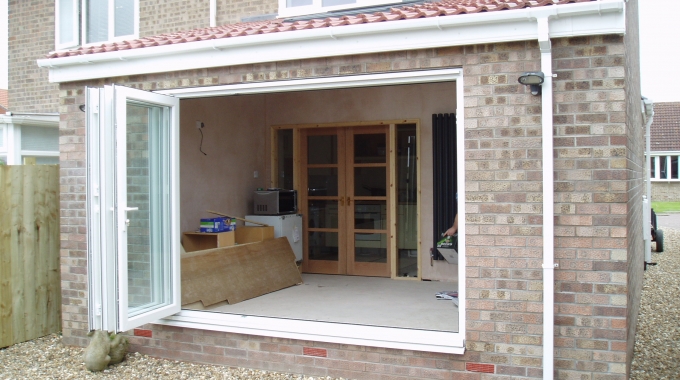 Before and After the Home Extension. 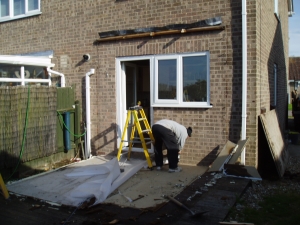 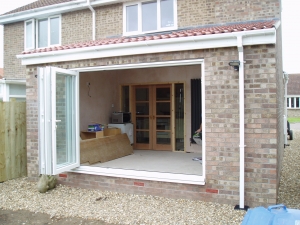 Total Improvements came to complete some remodelling of the downstairs of our house and from start to finish Wayne was a pleasure to deal with. He always made time to talk about the job and what was happening. The job was completed on time, to a high standard and without exceeding the estimates. However the most important factors in dealing with Wayne were the small details. His team of workmen are all nice guys who work mostly with a smile on their faces and their interaction with the customer creates ease of mind and gives a feeling of confidence, important factors when strangers take over and make changes to a home. They cleaned up after themselves everyday. They were always willing to help and explain why they were doing things the way they were. All the little Hiccups that were encountered along the way in this type of work were resolved with the littlest of fuss and there was none of the “old builders wince” and “that’s gonna cost ya love” Wayne and his team started the job and didn’t leave until it was finished, also another important factor. Wayne is a fixer not a moaner and has contacts for almost any facet of domestic upgrading and any guys he needed to pull in all met Wayne’s high standards in both the work and their interaction with us. His response to a desperate phone call “The paint is hanging off the ceiling in strips. What can we do?” was to say “Give me ten minutes “which was all it took for him to arrange for the ceiling to be artexed the next day. There was no problem, at any stage, to which he could not find a solution. Even during the works we had a small problem with the water at 9pm on a Friday night – Wayne came out from home to fix it immediately with no fuss and still kept that annoyingly cheeky smile on his face! All in all I would have no hesitation in recommending Wayne and his team at Total Improvements to anyone. Even as this is written, has he undertaken a job for one of my son’s friends.

Many Thanks  Val Prince